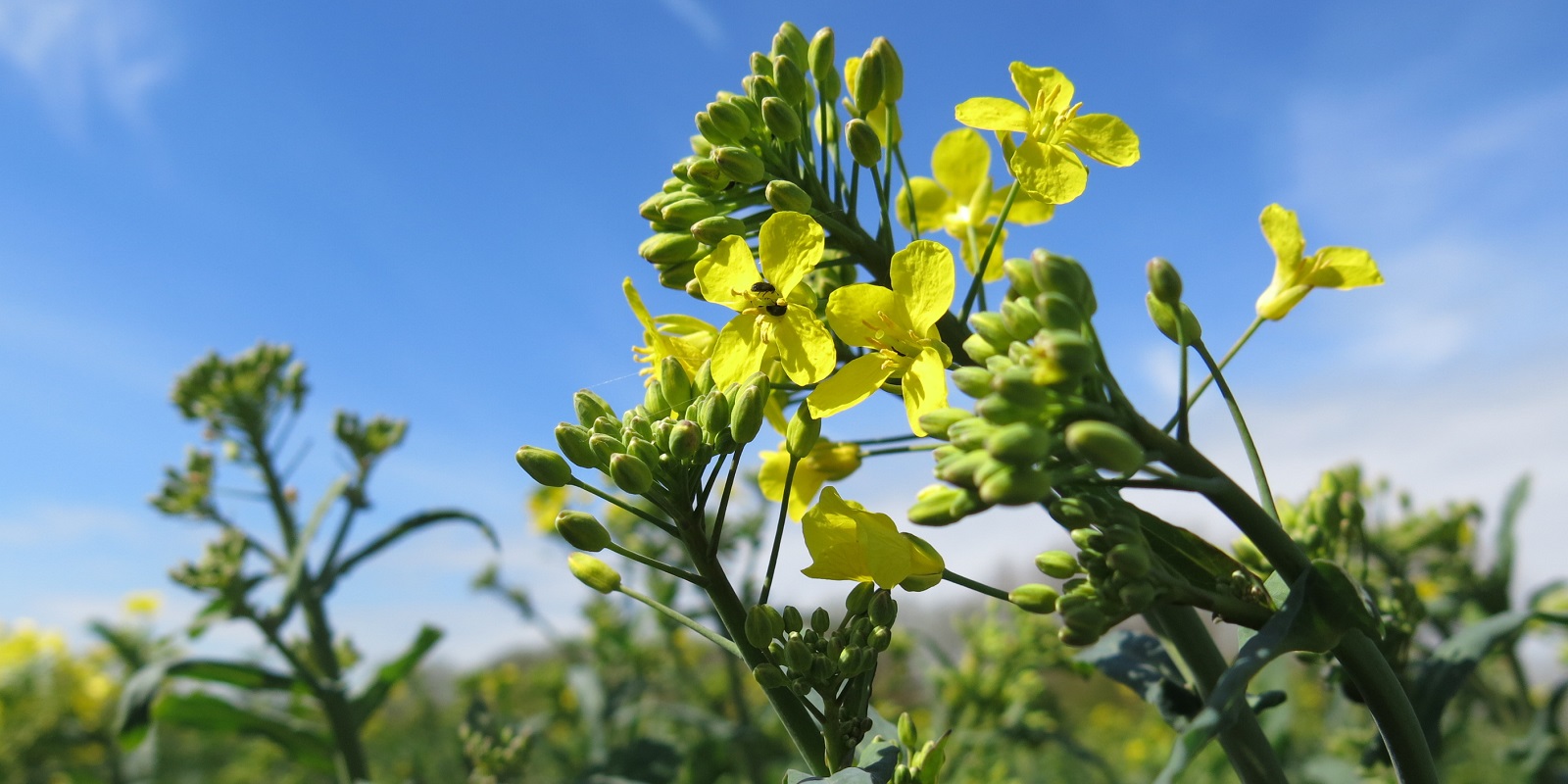 The extent of the migration has moved on significantly since last week. The highest migration levels – 43% - are found north of the M25 (Harlow and Welwyn Garden City) and to the west of Watford in the Chiltern region (Amersham). All three of these areas were at 26% migration last week, highlighting the extent of the previous seven days’ migration.

Rothamsted Researcher Dr Sam Cook says it is vital to remember the impact pollen beetle can have on crops. She says: “If the crop is at green/yellow bud stage the beetles can’t access the pollen of the flowers, so they chew into the flower bud. This feeding damage causes the bud to drop off, so you never get the flower, or the pod, or the seed. However, once the crop begins to flower, they move to open flowers to feed and so don’t cause any feeding damage to access the pollen, unless populations are particularly high.

“Unnecessary spraying can have unwanted effects on insects which are beneficial for pest control.  This is why monitoring is essential to ensure insecticides are used only when necessary.”

This season it seems that the oilseed rape crop has remained one step ahead of pollen beetle migration, but Mark Hemmant, Technical Manager at Agrovista, reminds growers we aren’t out of the woods yet.

“In the East, most crops are at full flower, or very close, so will not require a treatment for pollen beetle. There are still some backwards crops playing catch up from pigeon damage and the Beast from the East, which will need close monitoring as numbers of pollen beetles are building. If crops do need treating then Biscaya (thiacloprid) is a useful option due to its tank-mix compatibility and timing flexibility, given the uneven nature of some crops.”

With mixed weather forecast in the UK over the coming days, growers and agronomists should carefully monitor the pollen beetle predictor tool until the crop is fully flowering. This will help determine when is the best time to monitor crops, in order to assess the mean number of beetles per plant for comparison against threshold levels. An insecticide treatment for pollen beetle should not be used unless thresholds are exceeded.