Whether you’re talking cultivations or herbicide applications, agronomists and herbicide manufacturers agree; timing is crucial for effective black-grass control. So when is ‘the right time’? 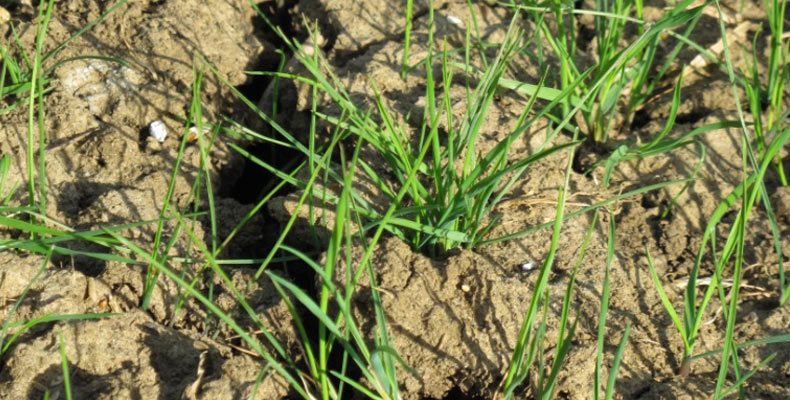 “On average, less than 5% of viable black-grass seed germinates in August. More than 20% germinates in September and again in October. Germination rates then tail off in November when 5-20% will emerge. April is the only other month where germination is higher than 5% but by this time it has little impact on yield, being too small to steal significantly from the crop.

“Delay drilling to get the most from stale seedbeds,” says Andrew Chell, NIAB TAG agronomist. “It gives black-grass seeds more time to receive moisture and break dormancy. Aim to time glyphosate applications to take out the highest number of black-grass seedlings.”

“If travel conditions allow, hold your nerve on drilling the worst fields until October,” says Mr Cooksley. “It’ll allow 45% of black-grass to be taken out with a non-selective herbicide. If you drill earlier more black-grass must be dealt with in-crop.”

While later is better for stale seedbeds the same cannot be said for pre-ems. Mr Chell recommends applying pre-ems within 48 hours of drilling. 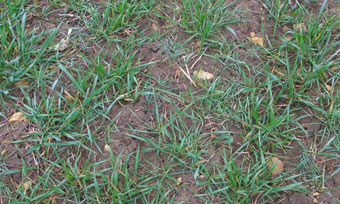 Mr Cooksley explains why: “Go on too late – when black-grass has emerged – and 10-20% efficacy can be lost. Residuals such as Liberator (flufenacet and diflufenican) are taken up through roots and shoots as they grow through the soil layer that contains the active substances. If the shoots are above the soil surface it is likely the roots are beyond the reach of the product too.

“You can’t go on too early with Liberator, it can follow the drill,” he adds. “Pre-ems are really important and catch October-November germinators, killing them or making them susceptible to post-ems.”

When considering the timing of post-ems it’s growth stage and growing conditions that are important.

“Rarely are they applied too early; the target would be too small to hit with a spray. But they are often applied too late; as black-grass grows so does its ability to metabolise the active substances and so efficacy decreases.”

“Generally the conditions that facilitate growth – warmth and moisture -are found in the autumn,” says Mr Cooksley. “Only twice in the past 15 years have spring applications performed better than autumn.

Last year, for example, moisture levels in January were comparable with the long term average for October, and at the beginning of January temperatures were considerably higher too. In short, typical autumnal conditions were not around in the autumn months but in January.

Transpiration and metabolism, enabled by warm wet weather, are crucial to product efficacy. Water carries the active substances and without it product will not enter the plant nor flow through the stem, stalks and leaves,” adds Mr Chell. “I’d aim for autumn application of Atlantis WG– when black-grass is small and growing conditions are more reliable.”

See our Herbicide expert Dr Gordon Anderson-Taylor at Cereals 2012 describe the pre-em herbicide demonstration that was on our stand showing effects on black-grass of different degrees of herbicide resistance.